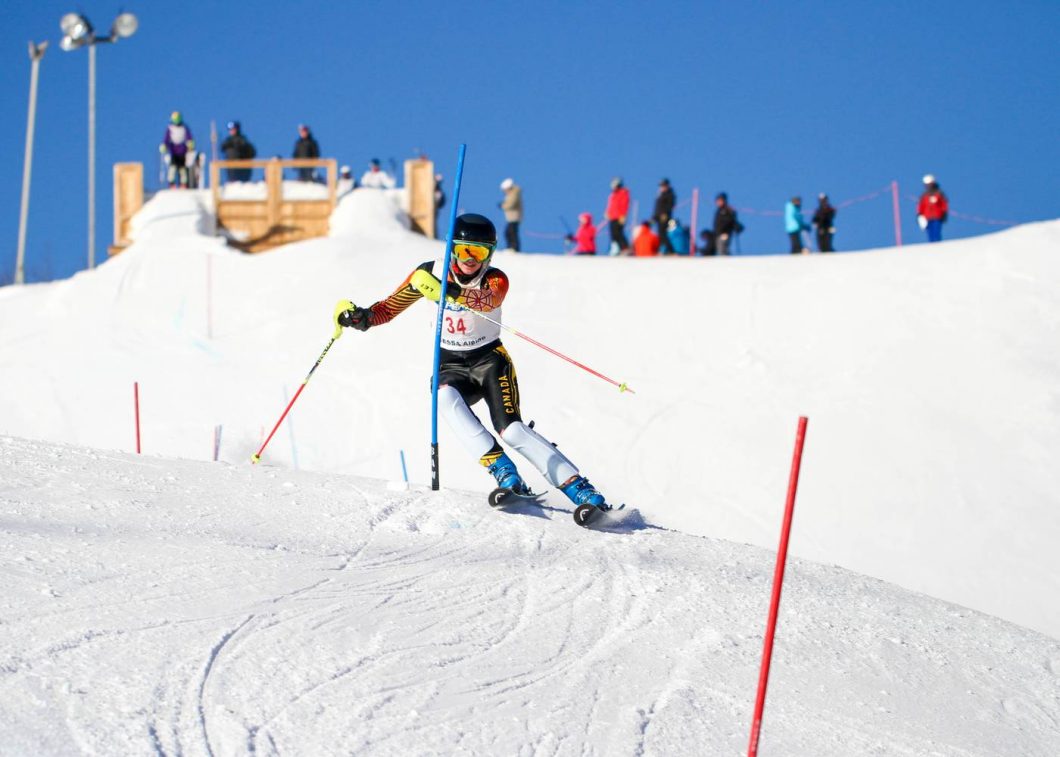 Away from the bustling ski hills of central Ontario and Quebec, Hidden Valley Resort has quietly been the home to Muskoka ski enthusiasts for the past half a century.

Marking its 50th anniversary this year, the club has now fostered multiple generations of families and even nurtured the career of a future Olympic champion.

“It’s so much fun for me to welcome people into our club family,” says Courtney Payne, who’s been skiing the hill for as long as she could stand on a pair of skis and is now Hidden Valley’s communications and events manager. “We have several third-generation club members and now even a few fourth-generation club members. It’s a rewarding experience to see families coming back to the hill again and again.”

Andrew Rusynyk has been the GM at Hidden Valley for the past five years and says the sense of community at the club is like nothing he’s seen in his career within the ski industry.“Our club is more like a family,” he says. “Everyone is very welcoming here and it’s all about having fun.”

Hidden Valley Highlands Ski Area is located just outside the town of Huntsville and was opened in 1965 by Bill Waterhouse and Ed Seagram, making it one of Ontario’s oldest and most established ski areas.

The original 50 memberships rapidly grew to a couple hundred families and in 2008 the name was changed to the Muskoka Ski Club in recognition of the world-renowned area in which the hill is located.

The Club’s acclaim got a significant boost in 2014, when Huntsville’s own Dara Howell won a gold medal in slopestyle skiing at the Sochi Olympics. Howell learned to ski at Hidden Valley and both her father and grandfather were ski instructors on the hill.

“I’ve watched Dara ski here with her 91-year-old grandfather. That tells you just how special this place is,” says Payne. “She’s been a great promoter of this place and she’s a role model for many of the kids here.”

Hidden Valley is situated on 120 acres of Muskoka countryside with 37 acres dedicated to downhill skiing and snowboarding trails. There are 13 groomed trails and two natural trails. The difficulty of the trails ranges from the beginner hill to the black diamond run known as The Face.

“The snowmaking covers 100 percent of the groomed trails and when combined with the 10 feet of natural snow, it ensures great conditions from early December to late March,” says Rusynyk. “Muskoka Ski Club boasts some of the best conditions in Ontario year after year.”

The 2020/2021 ski season is like nothing Hidden Valley, or any other ski hill, has seen in recent memory. “We closed March 15, 2020, and since then things have been changing almost daily but we’re doing our best and we’re optimistic about another great season,” says Rusynyk. At the end of December, Hidden Valley found out they would be facing a shortened version of that season as the provincial lockdown incorporated Ski Hills. Hidden Valley is hopeful they will be able to re-open by the end of January.

“Skiing is something you can do in a very safe and socially distanced manner. We’ll have to change some things, for instance having fewer people on the chair lift and making sure people are only riding with others who are in their bubble, but on the whole, we shouldn’t have any problems following the guidelines.” In fact, Rusynk says they’re optimistic that when the hill re-opens it will be an exceptionally busy, if abbreviated, ski season.

“We have obvious demand from all over Ontario,” he says. “You just need to look at the popularity of golf last summer as an example, along with other things like boating and hiking.” Rusynyk says the main challenge is just getting the word out that Muskoka has its own downhill ski facility.

“We want cottagers, in particular, to know that Muskoka is a great place to be, four seasons of the year,” says Rusynyk. “There’s nowhere better to explore nature and get a taste of a real Ontario winter than Hidden Valley.”