Toronto is filled with so many beautiful buildings with outstanding architecture. There are some especially unique buildings in Toronto that stand out amongst the skyscrapers and office buildings throughout the city. Here are a few of our favourite Toronto landmark buildings that will surely catch your eye!

At the corner of Sumach and Eastern in Toronto’s Corktown, you can find the Cube Cluster. Inspired by a group of innovative homes in the Netherlands, this building was designed to make unusable space become a spot for well-designed homes. The structure actually houses 3 apartments, with modern-chic interiors and dynamic shaped rooms.This year, the land where the Cube Cluster currently exists was sold for redevelopment, but they are looking to move the structure to a new location!

The Sharp Centre for Design at OCAD University 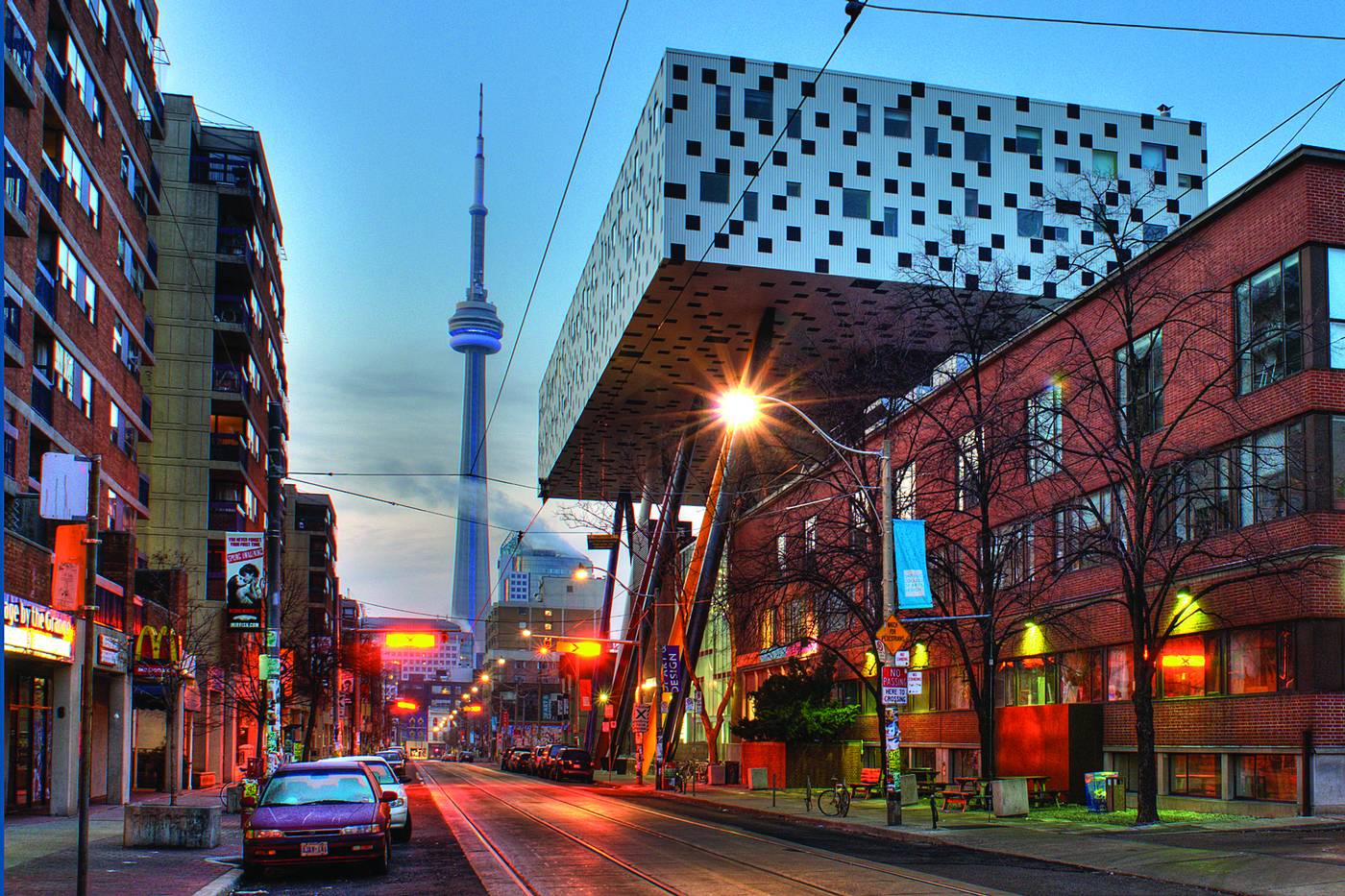 One of the most distinct buildings in Toronto, the OCAD University Sharp Centre for Design looks as though it is floating in the air, but is actually held up by 12 steel beams. As part of a $42 million campus redevelopment in 2004, this addition to architecture in Toronto is fairly new but is a stunner on McCaul Street. The university is home to beautiful artwork from the students, and this building reflects the creativity that is housed inside. This Toronto landmark has been previously acknowledged as one of the most influential buildings in Toronto for its

If you are walking down St. Patrick Street in Toronto, you may find yourself doing a double-take at the marvel that is the Half House at 54 ½ St Patrick St. There is no trick of the eye here, as this home looks like it was sliced right down the middle and wedged between a full home and a parking garage. This home was the only one salvaged in a tear-down in the late 1950’s, and is still standing strong today!

This iconic building is a well known Toronto landmark that is one of the most visually stunning buildings in the city. The Gooderham Building is rooted in history, with its completion dates back to 1882, and was designated a historic site in 1977. Situated on a triangular piece of land, it impacted the entire design of the building, with the designer featuring a mural that gives the illusion that the building is larger and has more windows than what actually exists.

The Royal Ontario Museum not only boasts beautiful artwork within, but exemplifies stunning architecture on its exterior. The geometric building truly stands out amongst the skyscrapers in Yorkville, as it protrudes out onto Bloor Street West for all to see. The ROM is considered to be one of the most challenging construction projects in North America, but it paid off with its “crystal” design being a stand-out addition to the neighbourhood.