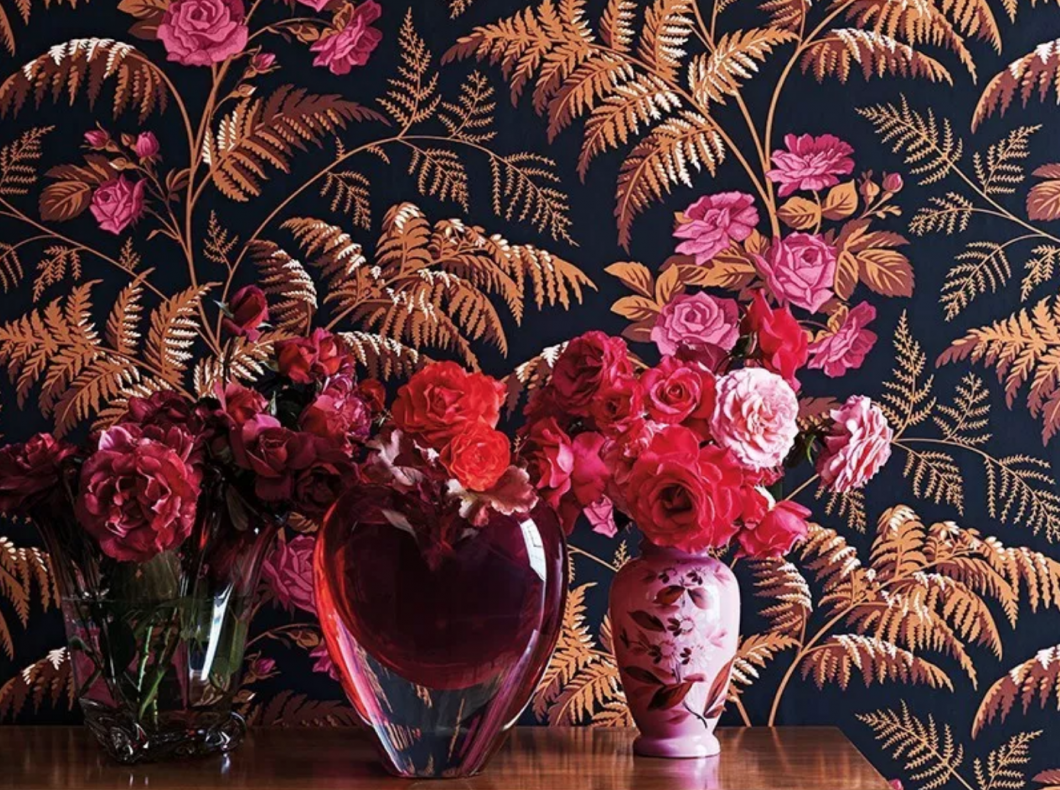 This season is all about celebrating different and surprising textures, shapes, and colors—perfect for designing a distinctive dining space or enlivening an existing one. From beautiful botanical wallpaper designs to furniture constructed from lava powder (yes, lava powder), we’ve created a luxury living edit of the latest in interiors and furniture design.

With its new collection, Botanical Botanica, British wallpaper company Cole & Soncelebrates the beauty of the English landscape—from cultivated gardens to rolling meadows and wild woodlands. “One of the things I’ve always loved about the English landscape is its distinctive seasons,” says the company’s head of design, Carley Bean. “Each offers its own unique array of color and variety.” Bean and her team found inspiration at flower shows and in forests and woodland—as well as in the company’s extensive archives—to create 15 designs, among them Rose, Topiary, Lilac, and Woodland. 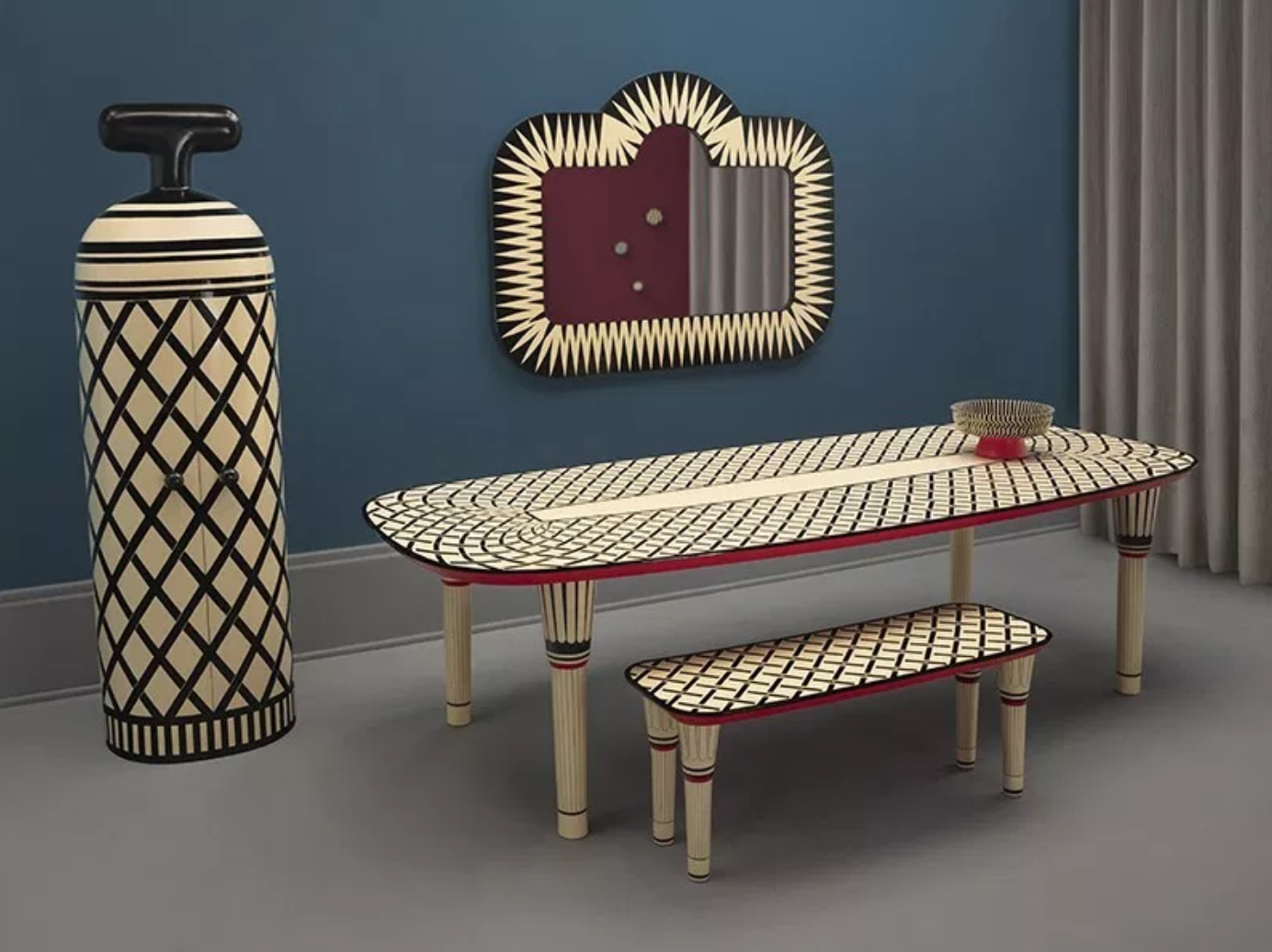 The tables, storage units, and mirrors of the Vanilla Noir collection from Scarlet Splendour were inspired by Italian masterpieces of the 14th century. Their bone and horn inlays, meanwhile, are a nod to India, where the company was formed in 2014 by Ashish Bajoria and Suman Kanodia. The fun, eye-catching pieces (there’s a vanity unit, too) were created by Italian Matteo Cibic, just one of many designers with whom the brand has collaborated to date. 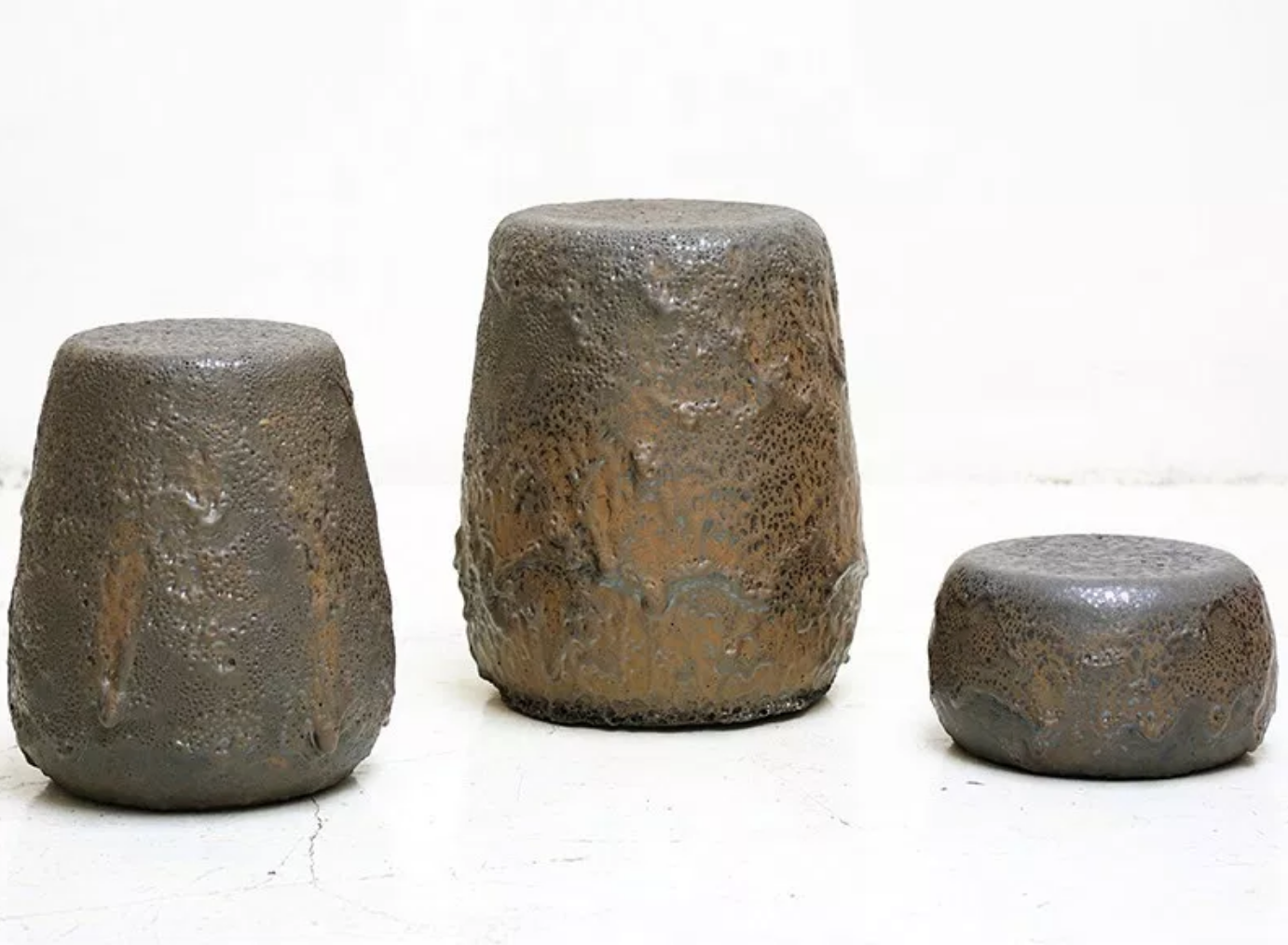 Each unique stool of the Remolten No1: Revolution Series is produced using a controlled process that can produce three different textural finishes, and is handmade with volcanic lava (without being purified or mixed with additives).

When a volcano erupts, the lava it spews out reshapes nature, creating a brand new landscape. This was the starting point for the Remolten No1: Revolution Series of stools by Chilean design collective Great Things to People. The stools are created by mixing lava powder with a transparent syrup and allowing it to “adhere to the surfaces of stoneware with a range of slopes.” There are three different textural finishes to choose from: smooth, dripped, or rough, each obtained by controlling the temperature of the lava. The range is available via New York’s Friedman Bendma gallery.

Hayche’s Loom chair, counter stool, and bar stool were inspired by a small, manual belt-making loom discovered in Oaxaca, Mexico. Designed by Hayche’s founder and creative director Alejandro Villarreal, the seating has just been given a colorful upgrade by textile designer Ptolemy Mann. The frame (available in solid oak or American walnut) is precisely machine carved and sanded and finished by hand before the woven element—available in three colorways—is added. 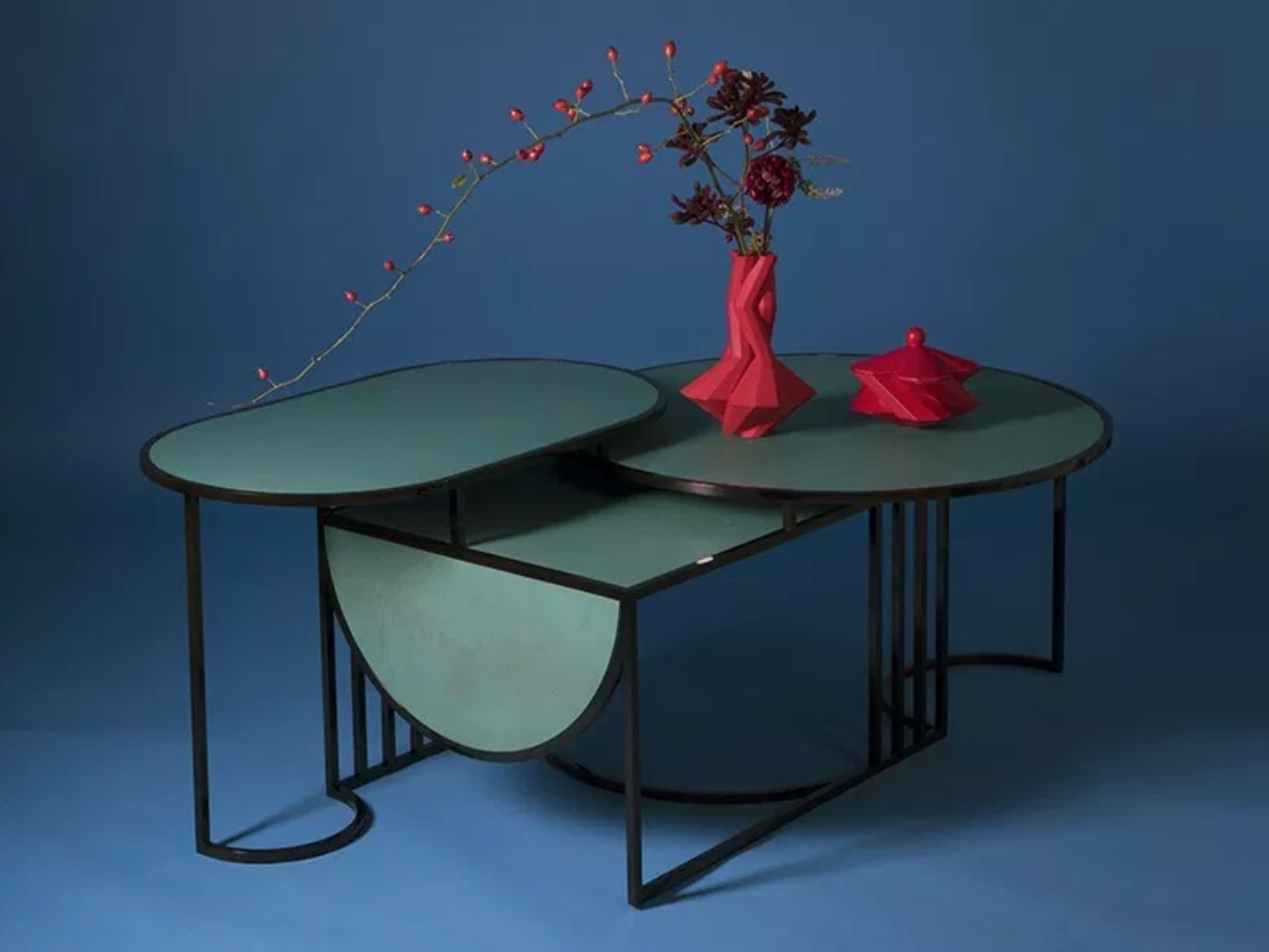 Handmade in Italy and released in a limited edition of 10, Lara Bohinc’s curvaceous Orbit tables show the designer’s flair for combining metalwork with decorative finishes, producing highly desirable homewares. Built from laser-cut rods welded together in a combination of straight lines and semicircles, the tables are then finished with a verdigris copper patina. The coffee table is made of three-tiered tops: round, oblong, and square, each resting at different heights, while the tea table is constructed from semi discs, separated by an appealing circular fold, creating the ideal nook in which to stack books or magazines.

American-born, Rotterdam-based Rachel Griffin says she has been interested in design for as long as she can remember and is today inspired by “material and functional form.” Griffin, who works under the name Earnest Studio, has produced lighting and homewares and recently unveiled her Kink vase (shown). The elegant, double-mouthed porcelain vessel is available in periwinkle blue, rust red, or chalk white.